We took the night train from Dehradun to Kathgodam. A refreshing cuppa tea at Kathgodam railway station helped to drive away the groggy feeling in my head. And then, we hopped into a taxi that took us along winding roads in the hills to our destination, Nainital. Inside Nainital, the roads were as scary as they could get. As I clenched my fists and muttered every prayer that came to mind, the taxi driver zoomed up and down the narrowest of paths and the steepest of streets in an attempt to locate our hotel. Umpteen phone calls, numerous false trails, and many skipped heartbeats later, we reached the correct hotel. Whew! An unforgettable ride inside Nainital! I’d rather walk than drive a car in these parts of the town. But the young man who drove our taxi was completely unperturbed. He’d mastered the “Art of Driving” in mountain towns.

Now that we’d found the hotel, it was time to wipe away our worries. With a cup of hot ginger tea in hand, we settled down in the balcony with a spectacular view of the heart of Nainital, the Naini Lake. I could spend all day (and many days) right here!

We spent five awesome days in Nainital. Our hotel was perched in the hillside and overlooked the lake. The large room with a beautiful balcony offered picturesque views of the lake and the various peaks surrounding it. Every morning, we watched the town awaken and the sunlight reflecting off the lake below. Every evening, after sunset, we watched the lights of the town gradually come to life until they all shone brightly like the infinite stars in the night sky. 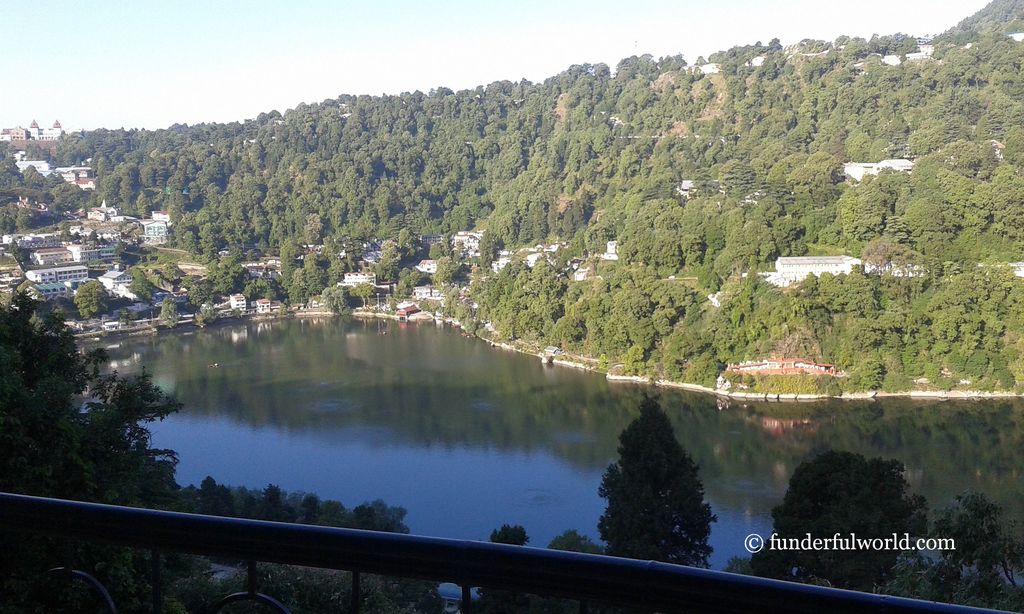 Looking out from the balcony. Nainital, Uttarakhand, India. 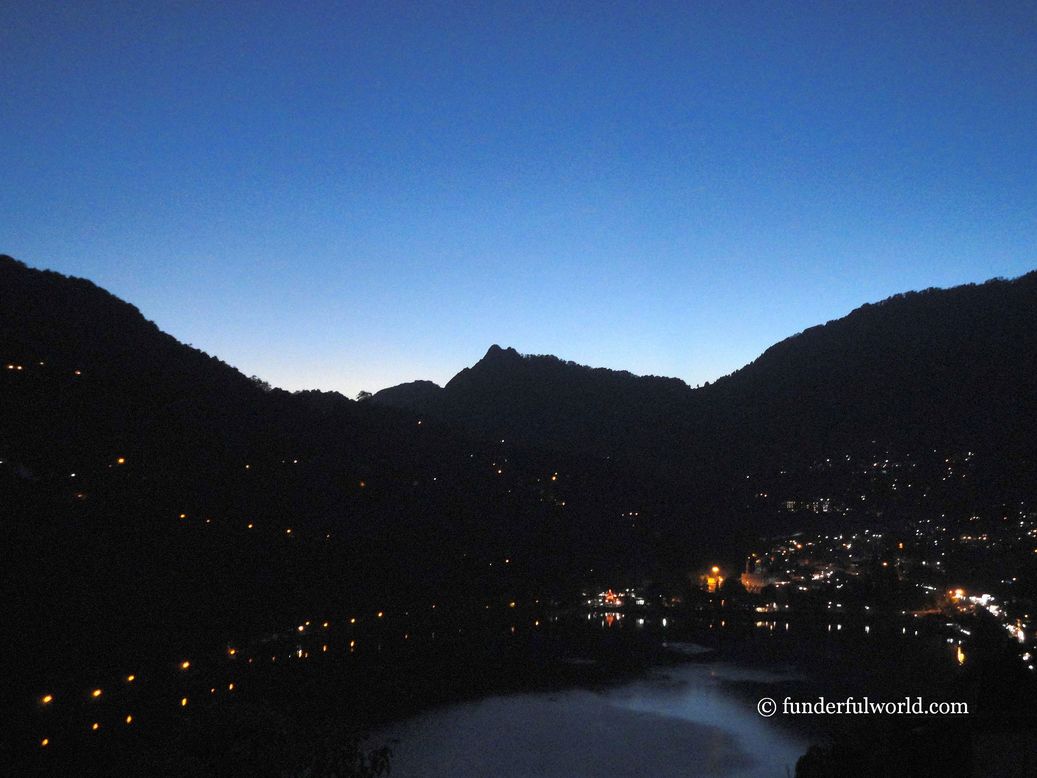 The stars below. Nainital, Uttarakhand, India.

The Naini Lake and Its Surroundings:

During our stay, we often strolled around the Naini Lake, the heart of this pretty town. From watching a few matches of the local cricket tournament at The Flats (a large ground near the lake) to mealtime decisions at the numerous restaurants on Mall Road, we loved the experience. 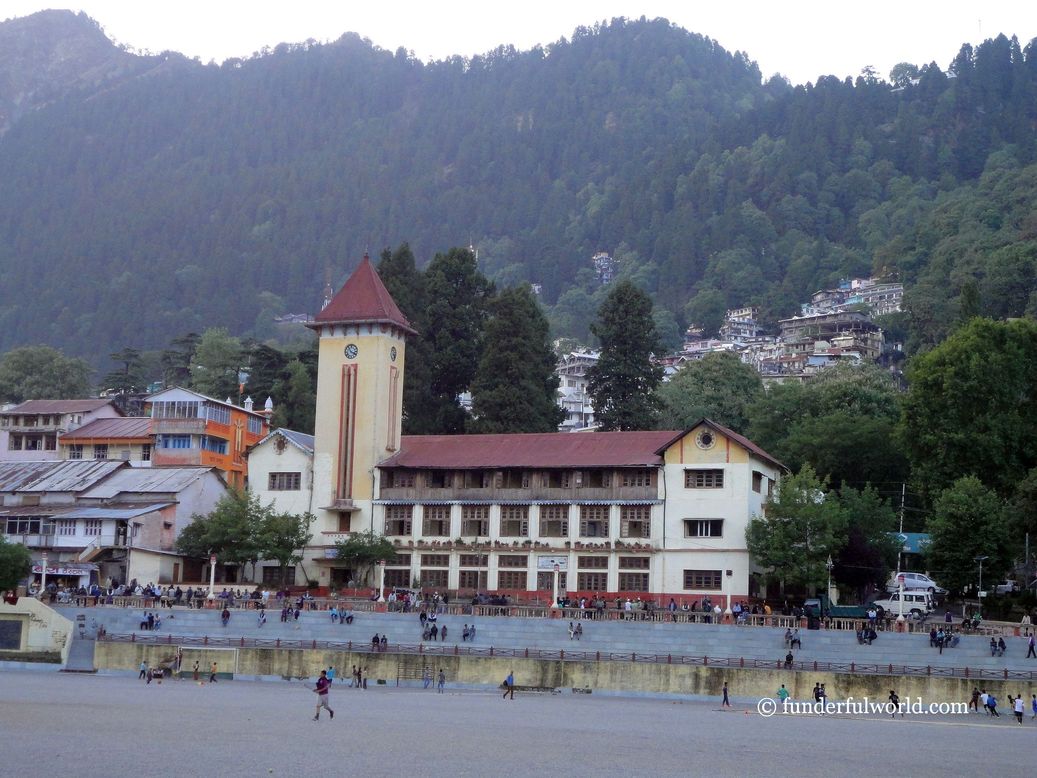 A game of cricket. The Flats, Nainital, India.

The charming Naina Devi temple was rebuilt after its unfortunate collapse in the landslide of 1880. It is one of the Shakthi Peeths; the eyes of Goddess Sati are believed to have fallen here. During our visit to the temple, we witnessed a sudden fierce thunderstorm; later, we learned that this phenomenon is common in this region. As we watched, dark clouds rolled down from the hills to the lake and a torrential downpour followed. Fortunately, we found shelter within the temple complex and watched in amazement as the storm raged outside. We’d heard anecdotes about Nainital’s unpredictable weather, and here was the actual proof. After the storm abated, tourists and visitors streamed out of the temple hall, exclaiming in wonder at the vagaries of nature. Soon, they drifted toward the host of souvenir shops crowding the area outside the temple. We proceeded along the street, hoping to find a tea stall to rejuvenate our tired spirits. One of the nicest walking trails in Nainital is the Thandi Sadak. A narrow tree-lined path, flanked by a hill on one side and the lake on the other, this street gets its name from the “coolness” it exudes. So don’t wait or hesitate. Pull on your walking shoes and set off on the trail. En route, we halted at one of the “cutest” temples I’ve ever seen – the Pashan Devi temple, which is carved from stone . A few schoolkids returning home stopped for a while to pay their respects to the goddess. And then, everyone continued on their way. No traffic, no noise, just birdsong and nature. Ah, for the love of quiet walking trails! 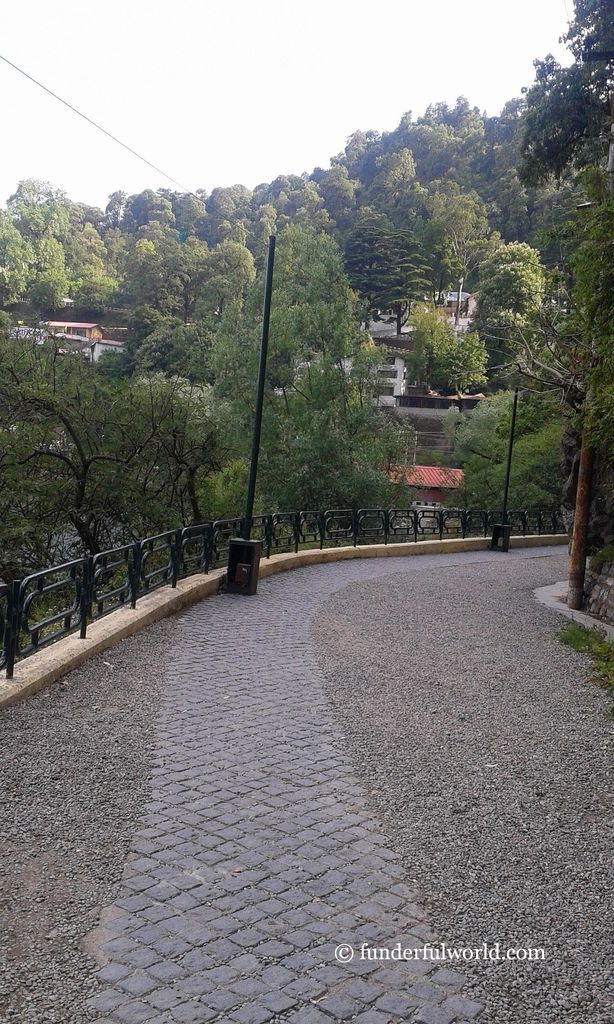 The Pashan Devi temple along the lake. Nainital, Uttarakhand, India. Of course, no visit to Nainital is complete without a “mandatory” boat tour of the Naini lake. And so, we found ourselves at the ticket counter for boat rides. Junior fashioned an oar out of a long stick that he’d found on the shore. As we toured the pear-shaped lake, the kind boatman answered our incessant questions patiently and shared several stories with us. So Much to Explore:

We loved exploring Nainital on foot. Uphill and downhill. Smiling during a descent. Struggling to climb the steep slopes. The disbelief during a sudden downpour. The excitement of spotting a new bird. The joy on reaching a destination. And so much more! 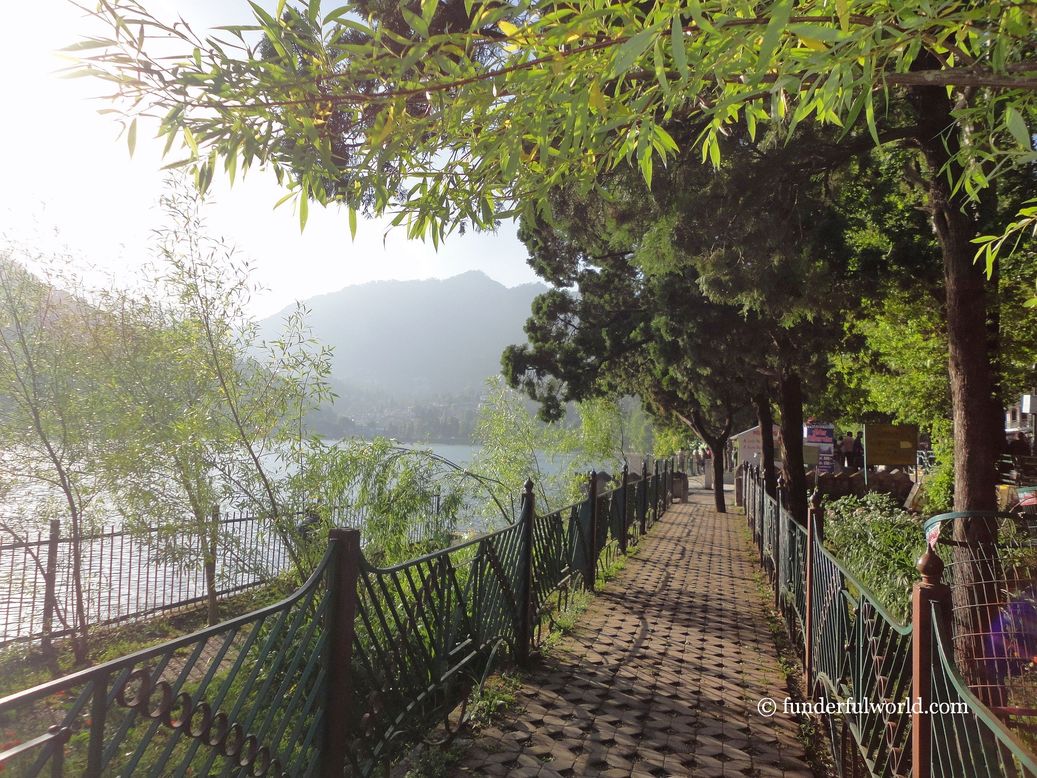 Some of Nainital’s treasures were beyond our walking radius. We hired a taxi to reach these destinations. And some of them (including the Zoo and the Himalayan Botanical Garden) were well worth the expense and effort. The Nainital diaries will be continued…